It was intended that this facility be a modified version of a branch prototype the design team at Elevatus Architecture developed for the bank’s outlying locations. After assessing the region and its growth potential, bank officials decided to make this facility a financial hub for Kosciusko County. This meant, among other things, that larger programming space was needed, so a new prototype design was developed.

We chose to tie the look of the facility to the art deco era of architecture, art deco being the style of Tower Bank’s corporate facility in Fort Wayne. In the 1930s and ’40s, many banks preferred this style, given the strength and durability its clean lines and bold geometric shapes suggested. Materials with contemporary cachet, such as polished aluminum and laser-cut metal for logos, were combined with traditional design elements to bring the best of the old and the new together in a truly one-of-a-kind building. 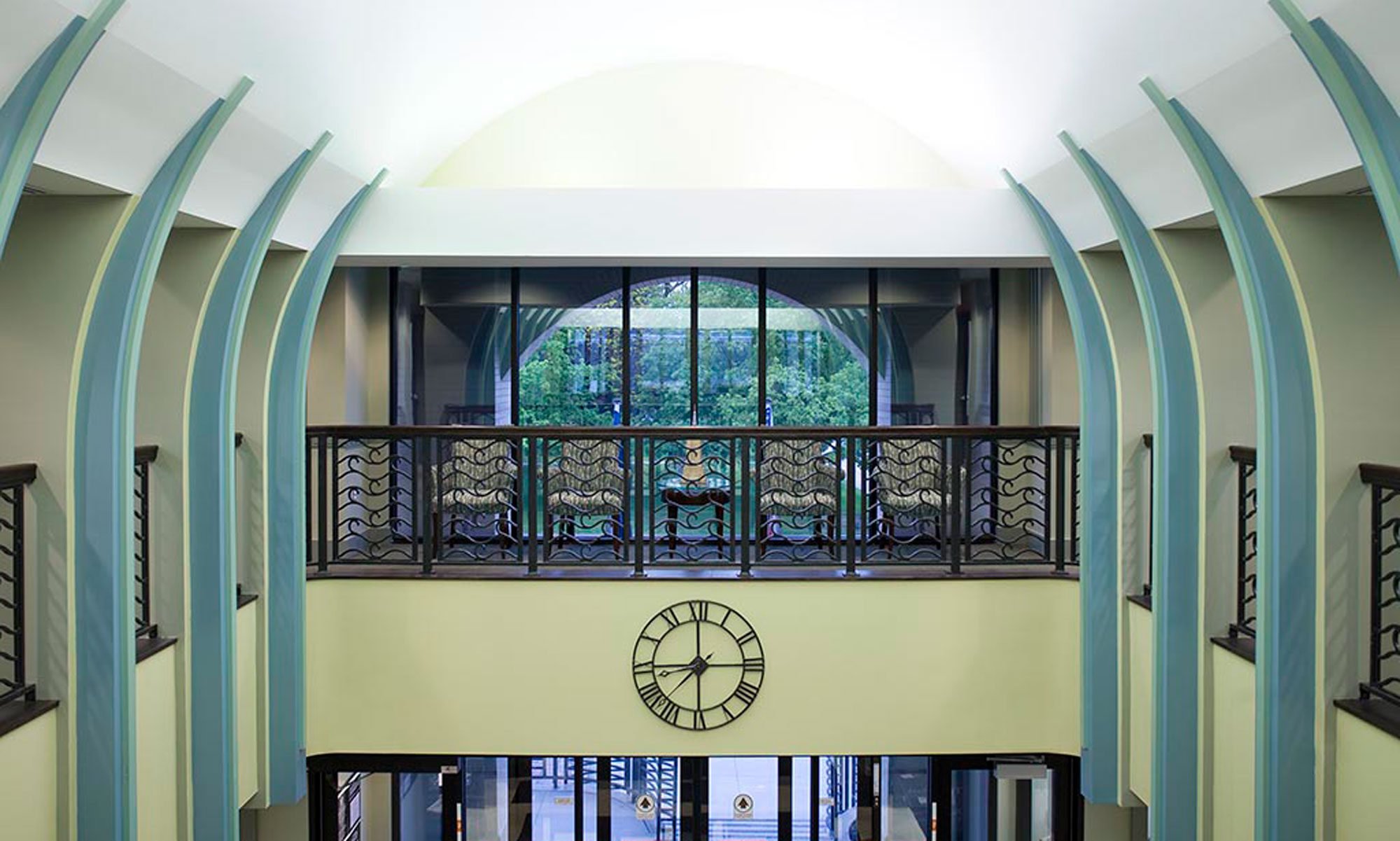 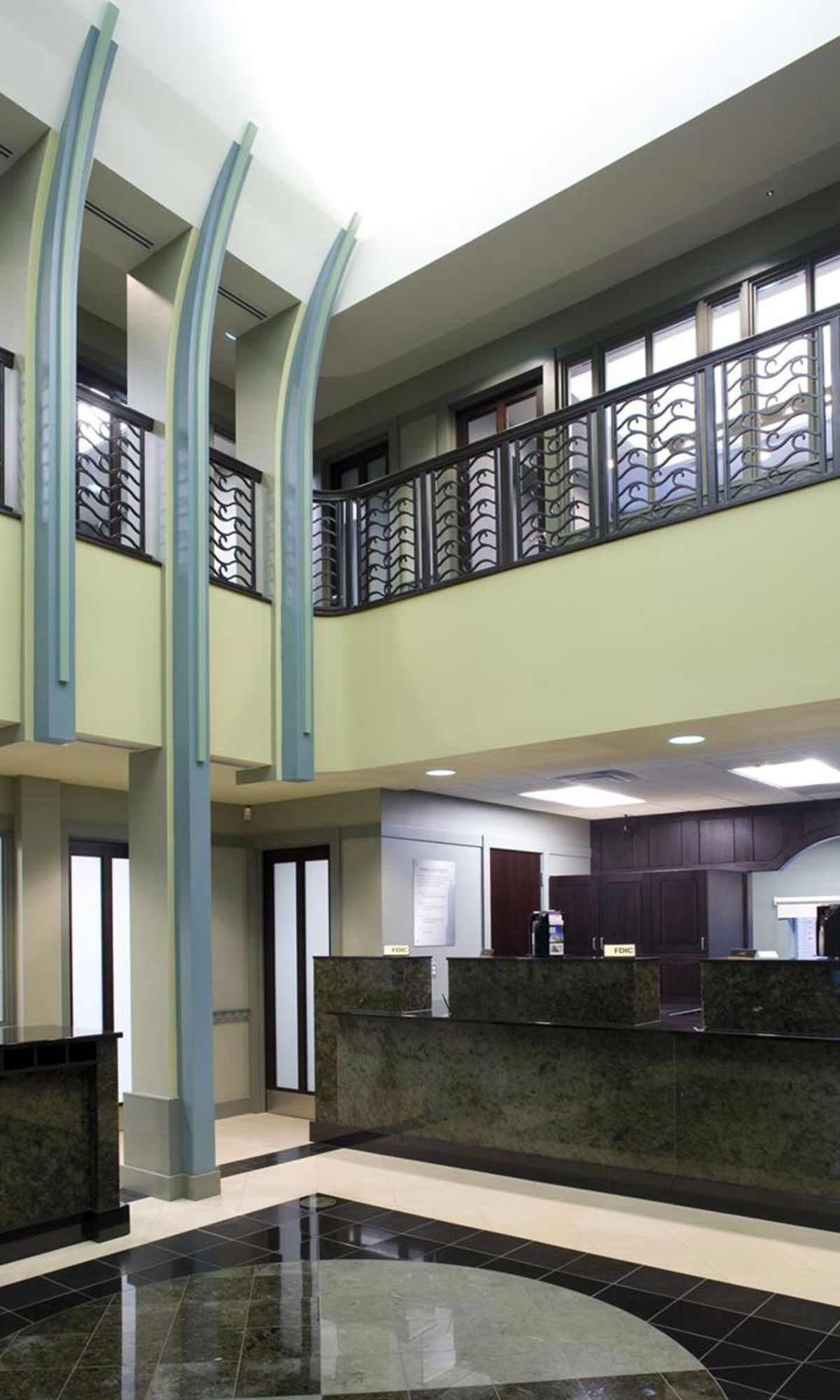 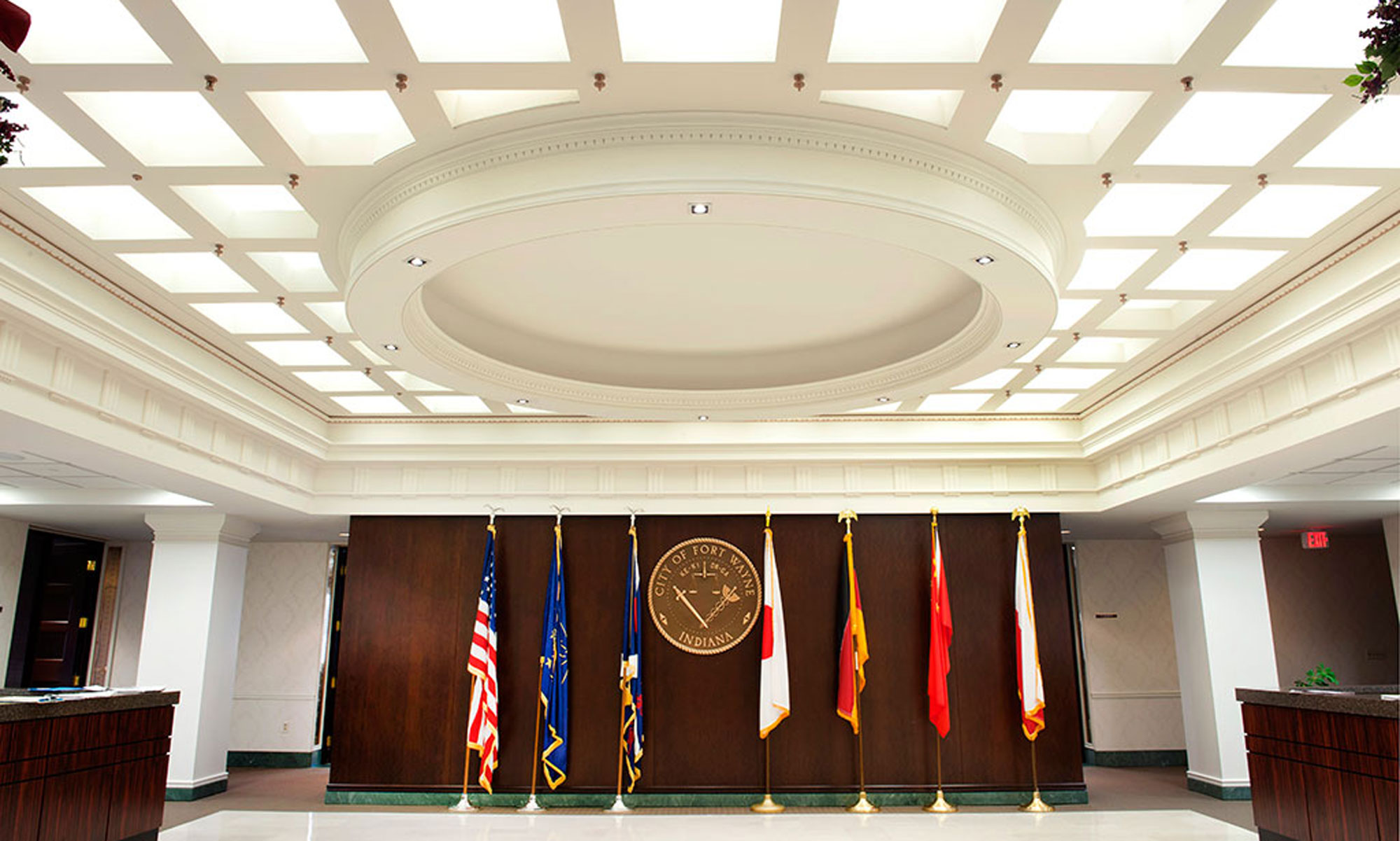